Valentine’s Day: All You Need Are Love, A Treehouse, and Inter-Continental Jewelers

Holt couldn’t believe his luck when Pippa’s family moved in next door. The elderly couple who lived next to Holt’s family had just sold their home to move to a retirement community. Their home sold in two days. "It’s the treehouse," Holt’s father commented. “Families love a home with its very own treehouse in the backyard."

As Holt and his parents welcomed their new neighbors, Holt immediately felt shy around the cute little girl with big eyes behind tortoiseshell glasses. But then Pippa put him at ease, saying,”I have my own treehouse where I can look at the stars with my telescope. Want to see?""

After that day, Pippa and Holt were inseparable. Pippa’s treehouse was their own little world. From third grade to sixth grade, they inhabited the treehouse constantly, climbing up and down the treehouse ladder, coloring, reading, telling ghost stories by the light of the treehouse’s lantern, dissecting frogs for biology class, and most memorably, sharing a first kiss that they would never forget.

The treehouse sheltered them through these happy times until the summer before seventh grade. when Holt’s parents died in a tragic car accident. Holt was in such a state of shock that he didn’t remember his aunt and uncle flying into town to take care of him. His sorrow was so overwhelming that he barely remembered coming home to Pippa’s tears and promises that she would visit him at his aunt and uncle’s home in St. Louis. 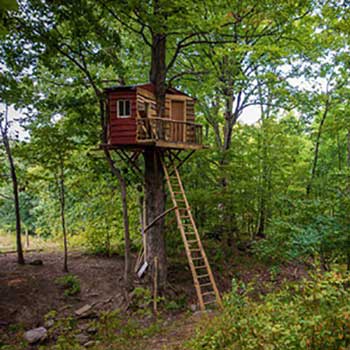 Many months later, as Holt struggled through his grief to adjust to seventh grade, his new home, and life without his parents, he thought of Pippa. She had called many times, but he had not felt like talking to anyone. With comforting thoughts of her, he finally called and felt uplifted by their phone reunion. Their plans for an in-person reunion were fleeting as their school and after-school activities consumed their days and nights. Days turned into months, and months turned into years.

Holt worked hard to become the man his parents had been raising. He earned a clarinet scholarship to a prestigious music conservatory and later became a talented musician and music professor. One day during a master class he was giving, he was stunned to see a face staring at him in the audience, a beloved face with big eyes and tortoiseshell glasses. But what was Pippa doing here a million miles away from their childhood?

Holt tried to remain calm as he delivered what he hoped was a convincing lecture about Mozart and spatial reasoning. The moment class ended, he felt like that shy boy all over again in front of Pippa. But again, she put him at ease, saying, “I loved your lecture. You are very talented." 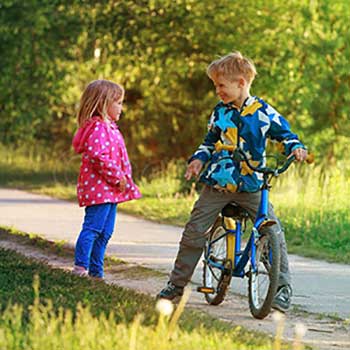 Holt managed to stammer that he was surprised to see her. He learned that she still lived in Houston, not far away from her parents who still lived in the same house with Pippa’s backyard treehouse. She was writing her dissertation in educational psychology about spatial reasoning and the workplace, and her advisor had recommended Holt’s master class for her research.

Holt was amazed by this turn of events that had brought Pippa back into his life. Before he knew it, Holt blurted out, “Would you like to have dinner tonight?” During dinner, Holt learned that Pippa had been engaged briefly but that it had not worked out. Pippa realized that she had loved Holt since third grade and still loved him now.

The rest, as they say, was history. Well, almost. Pippa went back to Texas after gathering her research. The joy of their renewed connection led to a long-distance relationship. They were at once those two childhood sweethearts again, sharing happiness, sadness, and everything in between. And there was sadness, for Holt’s aunt and uncle who raised him were not in robust health anymore. After a tough family decision to move them to an assisted living facility, Holt took a closer look at his life. Pippa meant everything to him, so he followed his heart and started planning the marriage proposal of a lifetime. 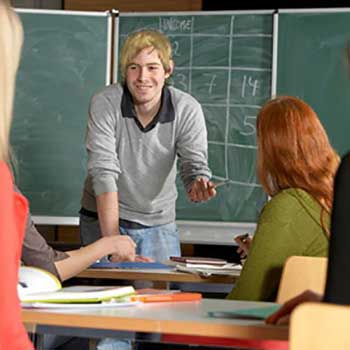 Naturally Holt wanted a diamond engagement ring that expressed everything Pippa meant to him. After Googling “finest quality jewelry stores with the best customer service,” he discovered Houston's Inter-Continental Jewelers. Holt was in awe of ICJ’s gigantic online inventory. He found a one carat princess cut yellow diamond that when set in an east-west configuration reminded him of the stars he and Pippa had viewed countless times through the telescope in the treehouse. He wanted a ring setting with hand-engraved filigree and pave style accent stones because it reminded him of the fancy designs Pippa used to draw during coloring time in the treehouse. What impressed Holt just as much as the high quality and craftsmanship of the gorgeous custom diamond engagement ring was the incredible customer service he received. He had called the store a few times before making his final custom design decision, and had talked to Suzanne, Lizette, and Carla. They were so knowledgeable and made him feel so at ease with this big decision. When he flew to Houston to get the ring for Pippa’s surprise proposal weekend, he felt like family as he entered ICJ. He knew he had found a jewelry store for life.

So, the only thing left to do was to ask Pippa to be his partner for life. He already had asked Pippa’s parents for their blessing. They had persuaded Pippa to leave her dissertation research aside for a couple of hours that glorious Saturday afternoon to come have lunch with “dear old Mom and Dad” at their house. When Pippa arrived at her childhood home, she was puzzled but pleased when her parents said they were going to eat lunch in the treehouse for old times’ sake. Actually, Pippa’s parents were not going to attempt to climb the treehouse ladder; they told Pippa to go ahead and they would be right there. But instead of lunch waiting for her in the treehouse, Holt was waiting there with her engagement ring in his hand and hope in his heart. After many tears and kisses, Pippa stood alternating her gazes between her incredible ring and Holt. They were back where the magic had started, but they knew they would create countless more precious moments in their new life together. 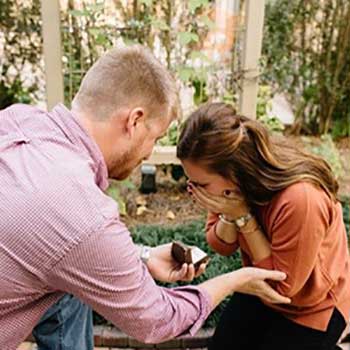